It's been over a month since I covered anything about MCC. Since Carly was eliminated, the competition continued to heat up and intensify.

In the following episode, the remaining contestants were split into 2 teams for a food truck challenge at Toronto's city hall. Eric, leader of the red team (Danielle, Kaila & Julie) served from the Italian food truck while Tammara, who led the blue team (Marida, Mike & Pino) served from the Mexican truck. Each dish cost $5 (and went to charity) and the team whose truck makes the most money wins the challenge. The blue team won by only $15.00. The red team went on to compete in a Baked Alaska pressure test which sent Danielle home.

Then the remaining contestants had a lobster mystery challenge, basically given fresh lobster and their pick of anything they want in the MasterChef Canada pantry. In the end it was Mike's dish that gave him the advantage of being not only exempt from a teams-of-two dim sum challenge, he also got to choose the teams. The teams were Pino-Tammara, Marida-Julie and Eric-Kaila. The contestants had to work as a tag-team meaning only one person could physically cook at a time and they would switch at timed intervals. In the end it was Julie who was eliminated.

In the next episode the remaining contestants teamed off for a restaurant takeover challenge. The restaurant was none other than MasterChef Canada judge Claudio Aprile's Origin North. The red team was Tammara, Mike and Kaila while Pino, Eric and Marida made up the blue team. The two teams put up a good fight in handling a busy dinner service on their own, but the team that was undone by their own flaws was the blue team. Marida, Eric and Pino entered a pressure test where they had to make a dozen donuts in at least three different flavours. Pino's flavours were peanut butter & jam, s'mores and an Italian pastry cream with sour cherry. Marida's flavours were very coconut, strawberry lemonade and vanilla brûlée. Eric tried to take on eight different complicated flavours which nearly cost him the title, but in the end it was Pino who left.

The next mystery box, instead of being presented with ingredients, the contestants were surprised by members of their families. After an emotional reunion, the remaining contestants went into a challenge in two teams. At this point, there were five of them and they couldn't be split into even teams. Marida, who won the previous doughnut challenge, got to choose the teams. She paired herself with Tammara while Eric, Mike and Kaila made up the other team. Each team had to prepare a family style meal to the judges... and their families. While the families feedback is taken into account, ultimately it is the judges who decided the winning team. In this case, it wasn't Eric, Mike or Kaila who had to have to go into a Pressure Test. The challenge is to make a perfect steak frites (classic French dish of seared steak and french fries) with a Béarnaise sauce. In the end, it was Mike's undercooked steak that cost him his apron.

In last night's episode, the final four: Eric, Marida, Kaila and Tammara faced their final mystery box. A large mystery box revealed Joe Bastianich, the razor-tongued judge of the American version of MasterChef. Joe chose all of the ingredients in the mystery box which were some of his favourite Italian items. All four contestants created Italian inspired dishes, but Tammara was dubbed the chef with the worst dish and was the victim of a surprise elimination. The final three then went into a shellfish elimination challenge. Kaila, with the best dish in the previous round got first pick of which she would prepare a dish with: fresh scallops, razor clams or dungeness crab. She choose the scallops. Marida, who had the second best dish, ended up picking for herself as well as Eric who will get stuck with whatever's left. Marida chose the razor clams for herself, leaving Eric with the crab (and he is thrilled about it). All three end up producing some stellar looking dishes, although Kaila is ultimately given the boot.

Leaving us now with the first ever top 2 of MasterChef Canada, Marida Mohammed & Eric Chong. Who do you want to win? Any hard feelings about previous eliminations? I wish both Marida & Eric the very best.

Since Tammara and Kaila were eliminated in last night's episode, they flew back to Toronto to do some press today, such as the Marilyn Denis show. Last night a bunch of us got together to catch up and watch the episode. It was the largest MasterChef Canada reunion that I've been part of: 13 of us in total (out of a possible 50 spread out across Canada). Here is a group shot of us below...

Other pictures from the evening... 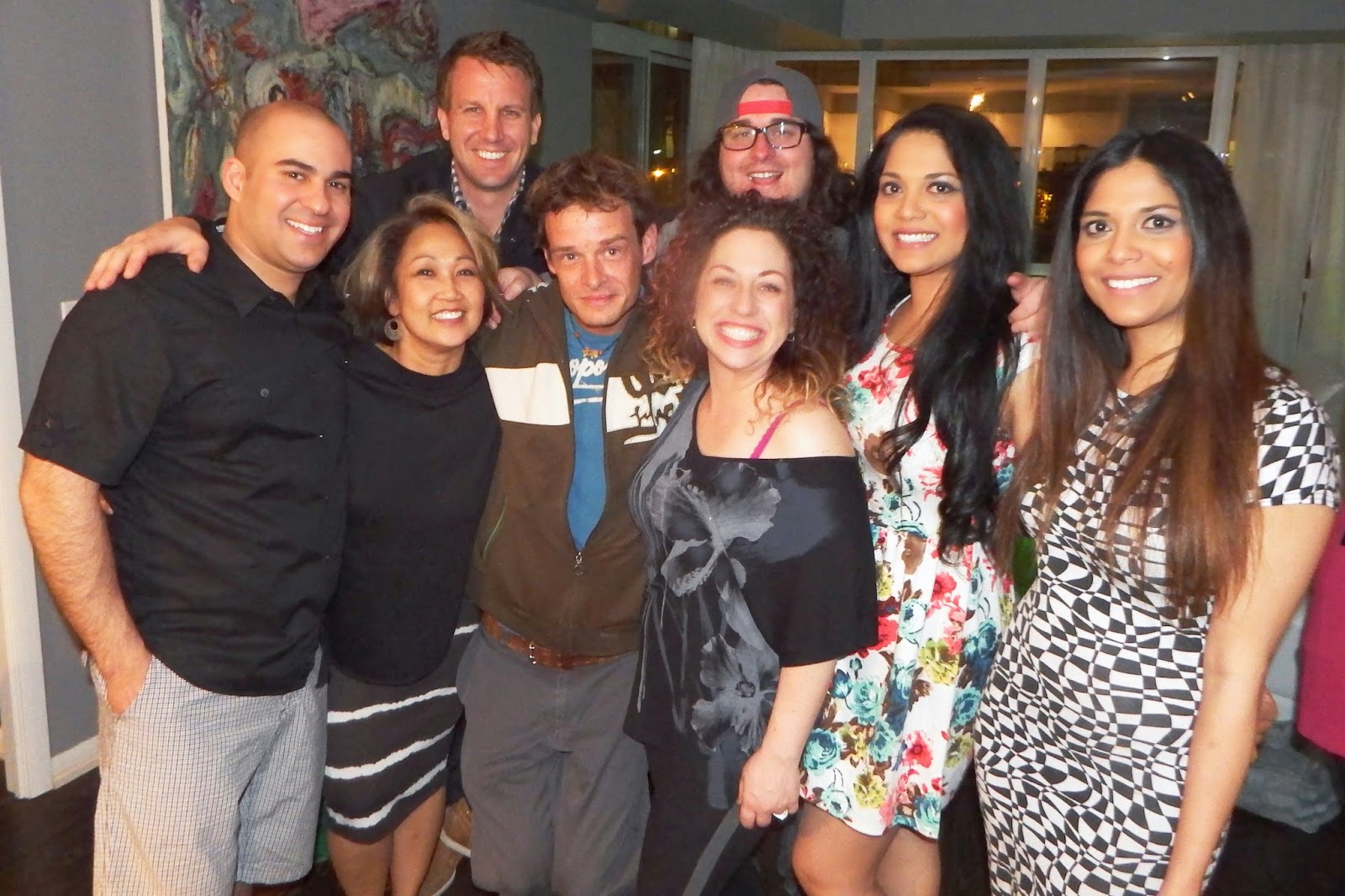 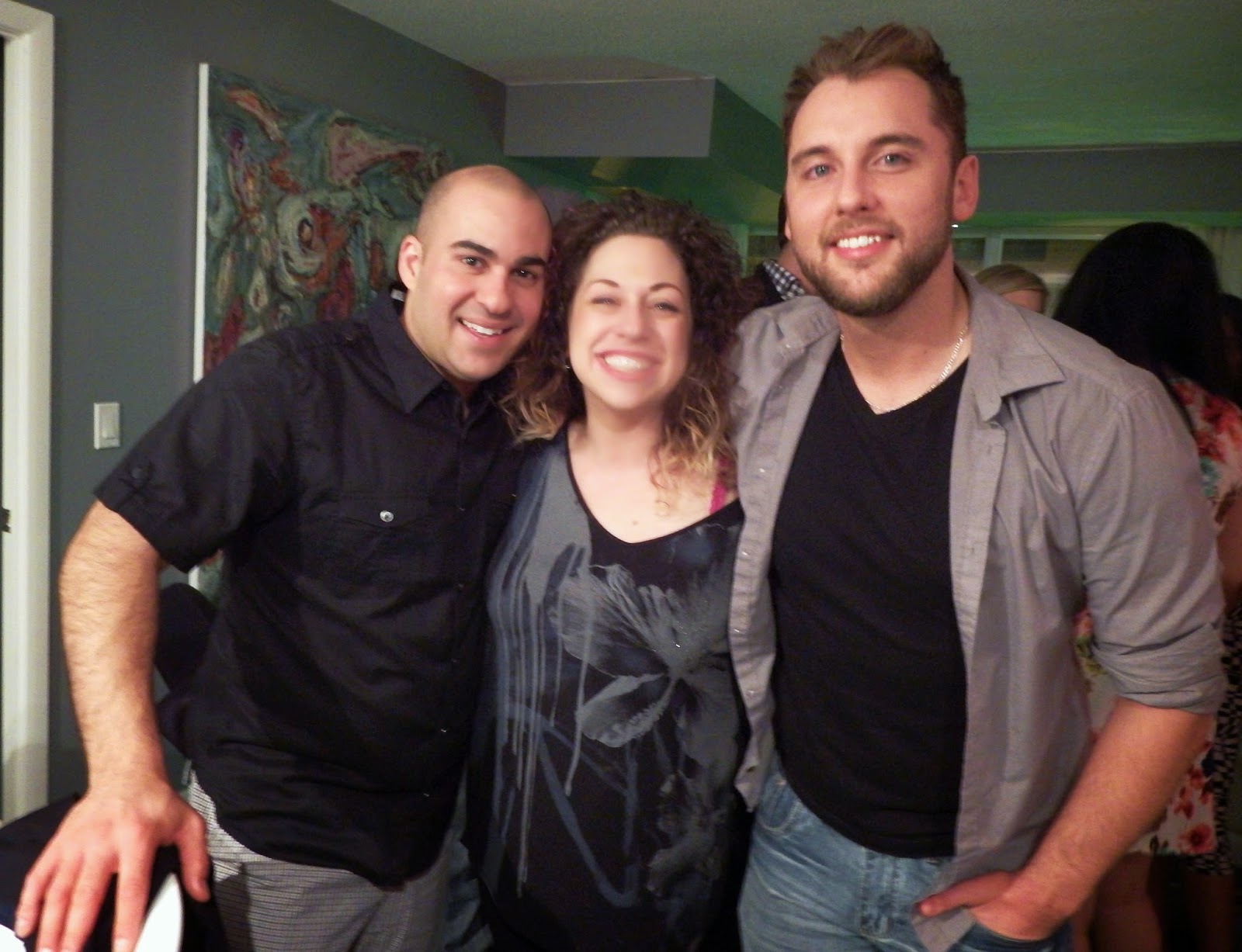 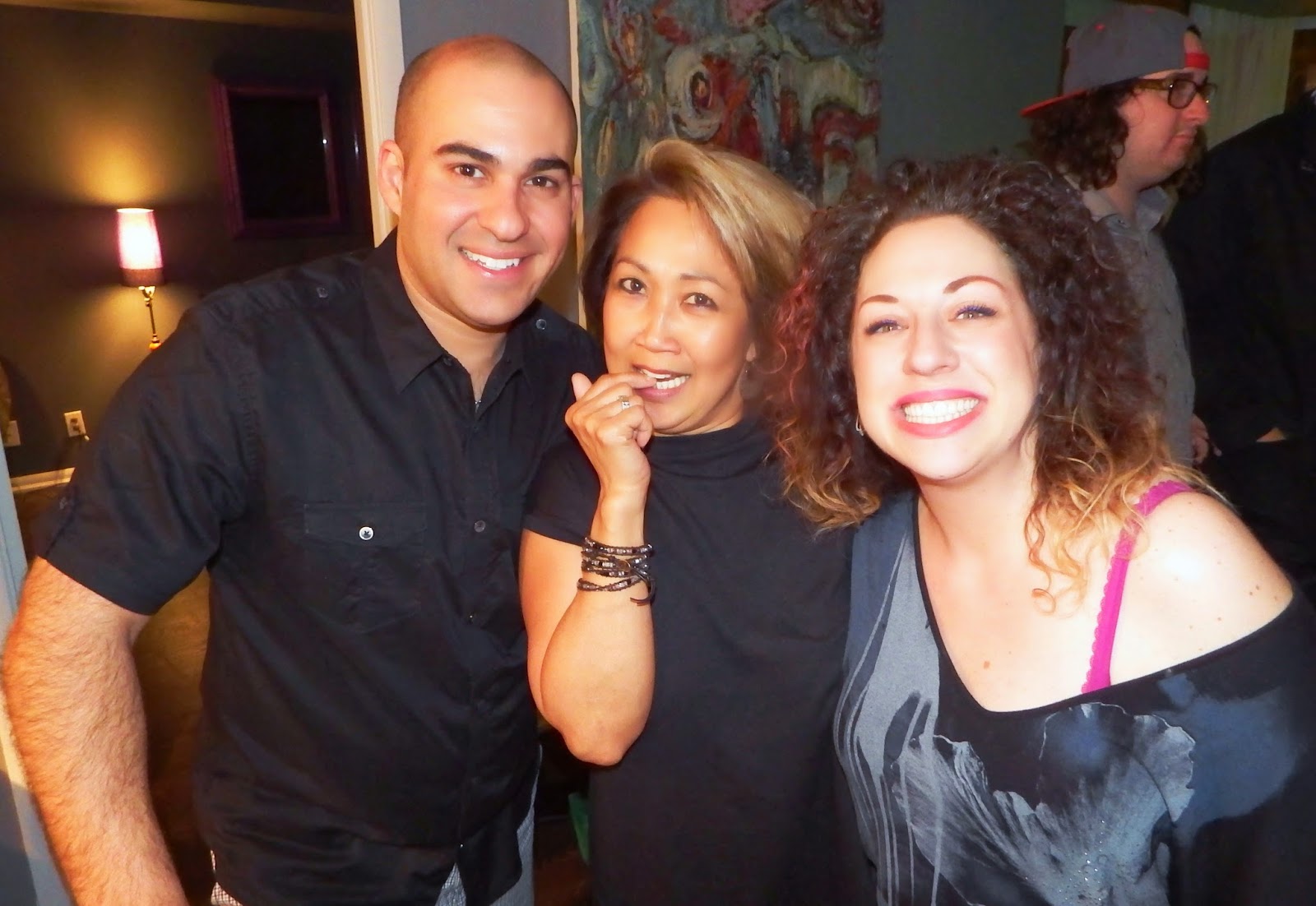 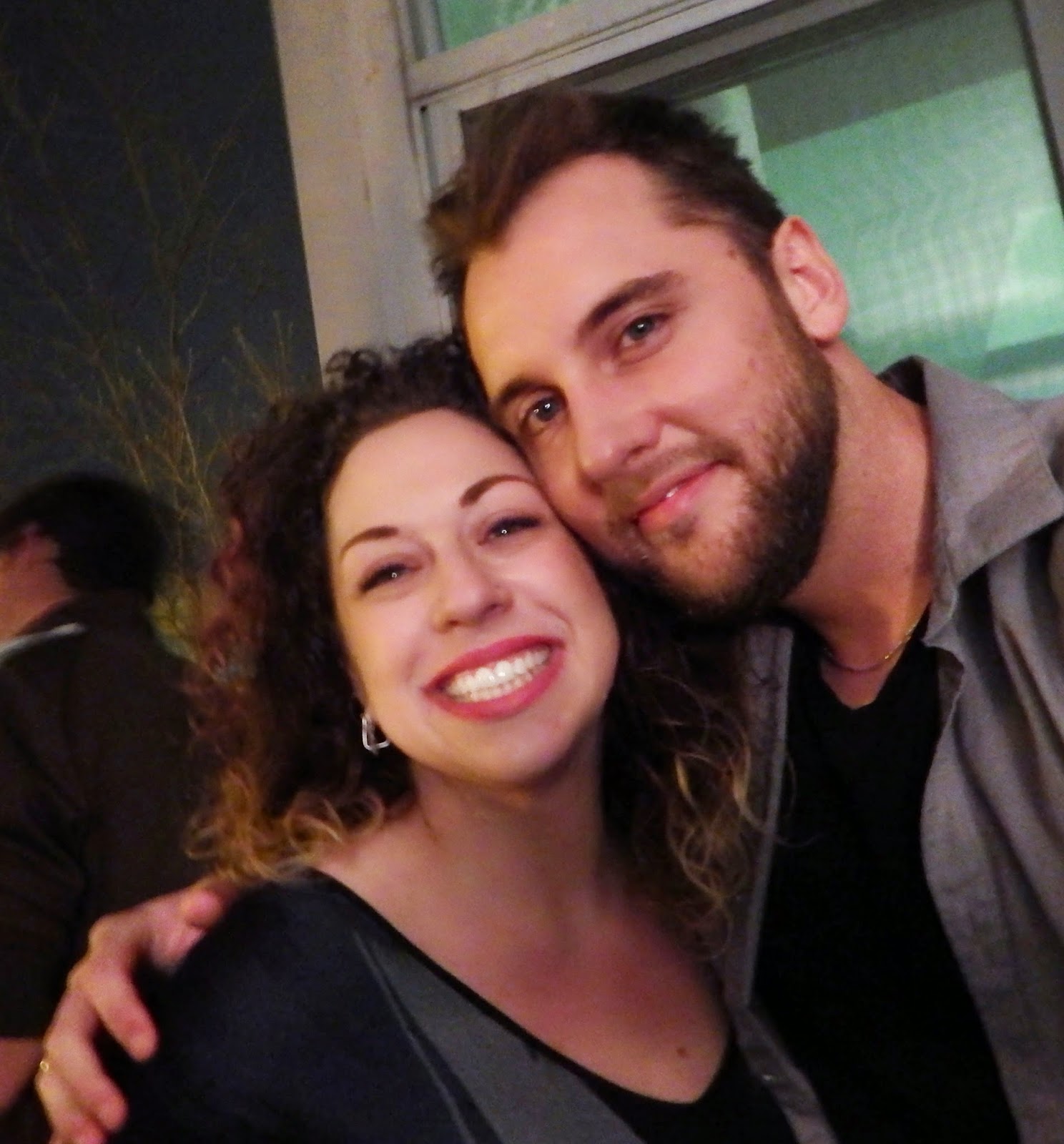 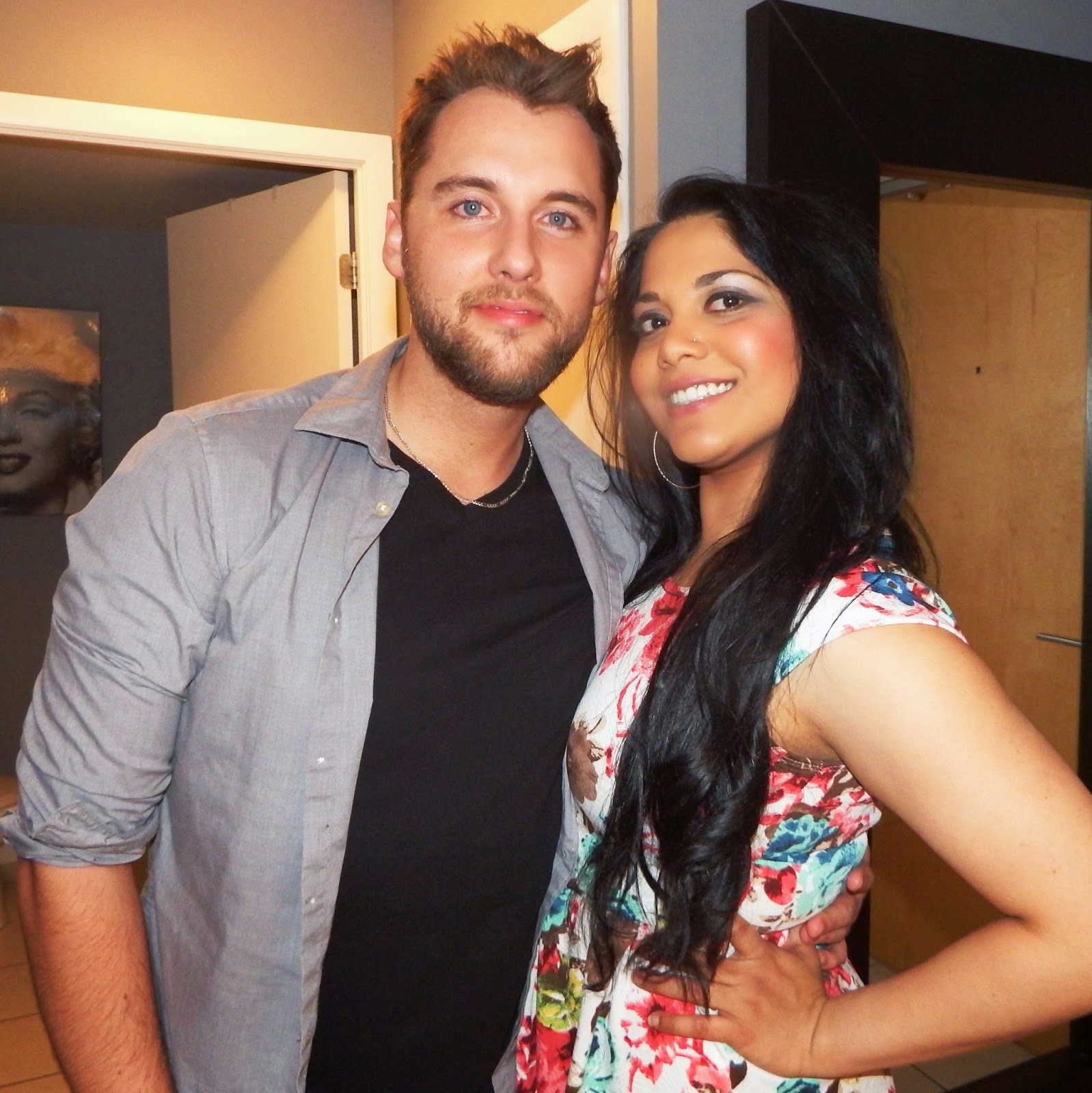 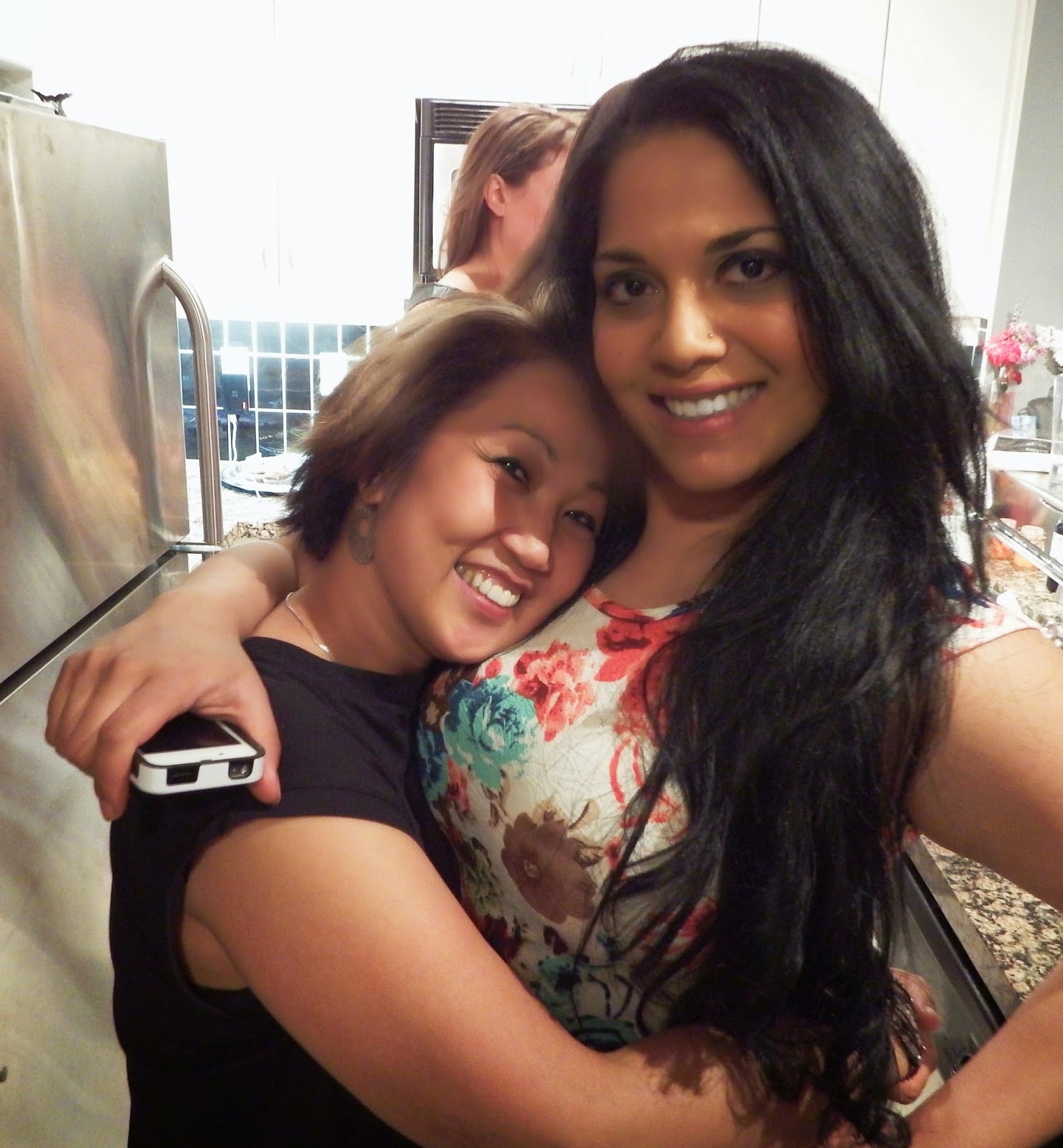 It is so exciting to see how this very first season of MasterChef Canada is going to end up. Be sure to tune in to CTV for the finale next Monday, April 28th. Check your local listings from time as it will vary depending on where in Canada you are. If you're not in Canada you can always look for the episode online. You can watch full episodes on CTV.ca but I'm not sure if it will work outside of Canada. Please let me know.

I can't believe this but I'm going to miss the season finale. I have tickets to a concert that night that I bought well over a month ago and I didn't realize that the concert fell on the same night as the finale. I'll have to miss an incredible party that I'm sure a bunch of the other top 50 will have. As soon as I get to watch the episode I will come back with another recap post and a congratulatory announcement of the winner.

I hope all you MasterChef Canada fans and the like have enjoyed this post and the photos. I would love to hear your thoughts on who you think will win.

Speaking of the finale on April 28th, I have a special surprise in store for the blog that day so make sure you don't miss it!

B
Posted by BramLlewellyn at 18:07