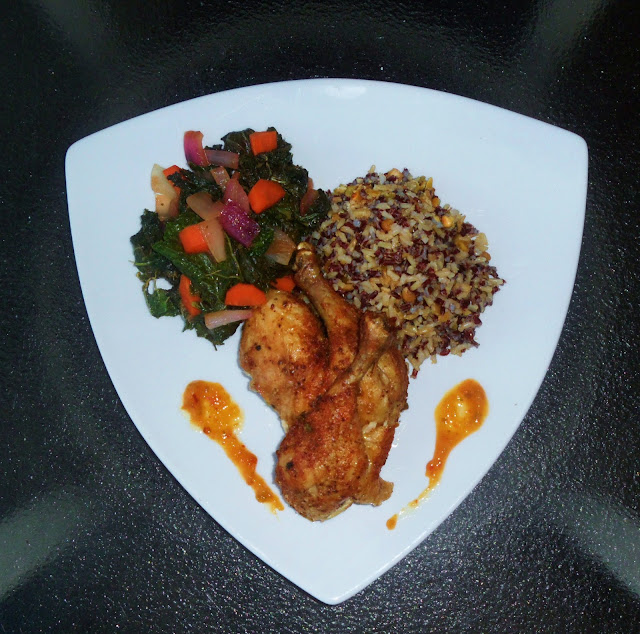 I roast whole chickens quite a bit because it's so delicious and is a great way to get a lot of meals on a budget. Leftover roasted chicken has so many versatile uses. I have done a few roast chickens on the blog before. Here's a brief rundown of what to do:

While I was in Trinidad I bought some fantastic calypso spice mix. It's a blend of salt, chillies, paprika, onion, garlic, oregano and ginger. It's savoury, aromatic and mildly hot. Perfect for seasoning chicken. I seasoned the cavity of the bird with sea salt, coarse pepper and the calypso spice. I sliced a whole bulb of garlic horizontally and placed the two pieces inside, with a handful of fresh lemon thyme from my herb garden. I seasoned the rest of the chicken with salt, pepper, calypso and a few leaves of lemon thyme scattered here and there. 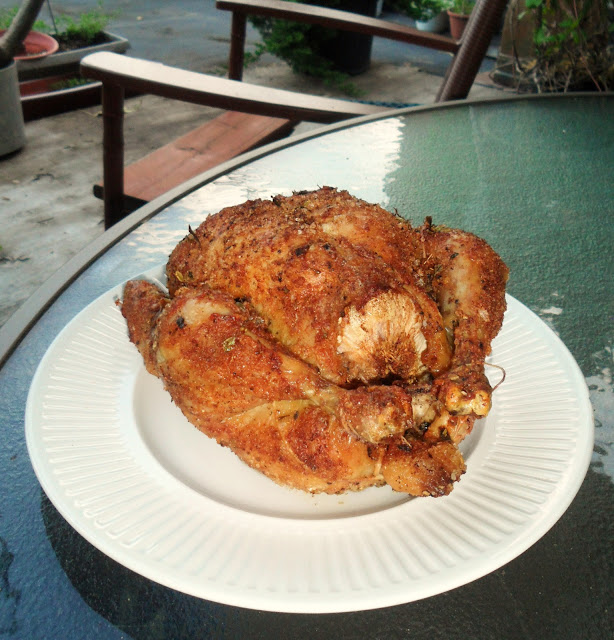 For the rice, I purchased a premade blend from a bulk store in my neighbourhood. It's a mix of colusari red rice, long grain brown rice, split peas and amaranth. Following the instructions, I brought 2 cup of salted water to a boil (I added a bay leaf here), added 1 cup of the rice mix and a teaspoon of olive oil. I brought the water back up to the boil before placing a tight fitting lid on the pot and turned the heat down to a simmer. 30 minutes later, I removed the pot from the heat and left it still covered for an additional 10 minutes. After removing the lid, I fluffed with a fork and served. This yielded a little over 3 cups so it is great for 4 servings. 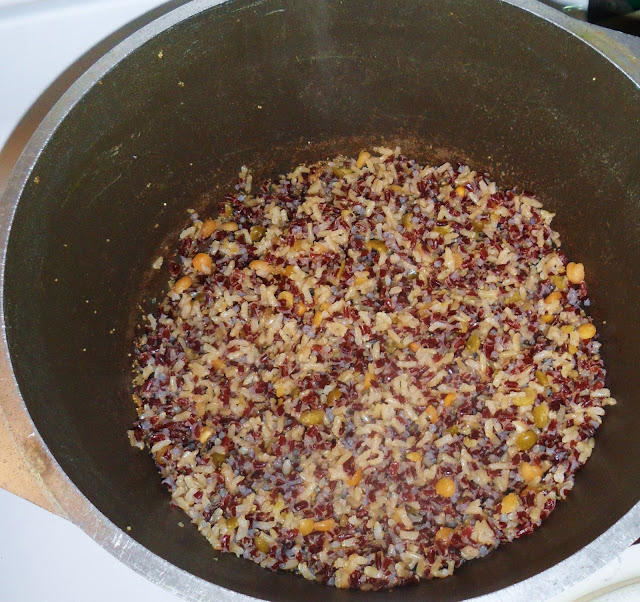 I'm not sure how much kale I had per se. It was enough to loosely fill my salad spinner with pieces I had torn by hand. I'm going to say about 4 cups. Then I roughly diced half a red onion and two peeled carrots. I heated a pan over medium-high. While the chicken was resting, I sautéed the onion, carrot and a small pinch of salt in a couple of tablespoons of oil for a few minutes until the onions softened and turned translucent. Then I added the kale. The kale will take about 3 minutes to steam and wilt. Turn it around in the onion and carrot. Another small pinch of salt will help to break down the kale, just apply within your taste. When the kale had wilted and everything was mixed, I added a tablespoon or so of red wine vinegar and mixed thoroughly. I let the vinegar boil and reduce until it thinly coated the veg. Then I added a tablespoon of runny honey and mixed that in. Tip: If you place a spoon in boiling water for a few seconds before using it to scoop up the honey, it will slide right off the spoon. 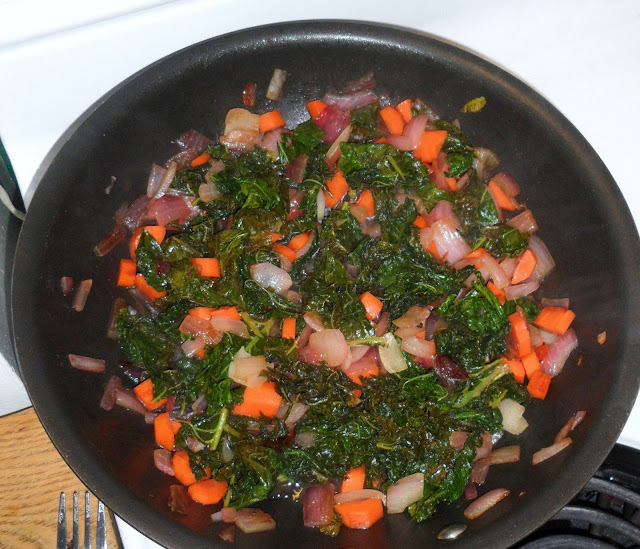 I got a bottle of pepper sauce in Trinidad. They had many different kinds to choose from at the market. I picked up a bottle of Karibbean Flavours Vintage West Indian Pepper Sauce. It's bright marigold in colour, has the tropical sweetness of papaya, the fieriness of scotch bonnet peppers and the deep heat of mustard paste. It's so good! It has quite the kick so I only used it sparingly. It went great on the side of the calypso chicken. 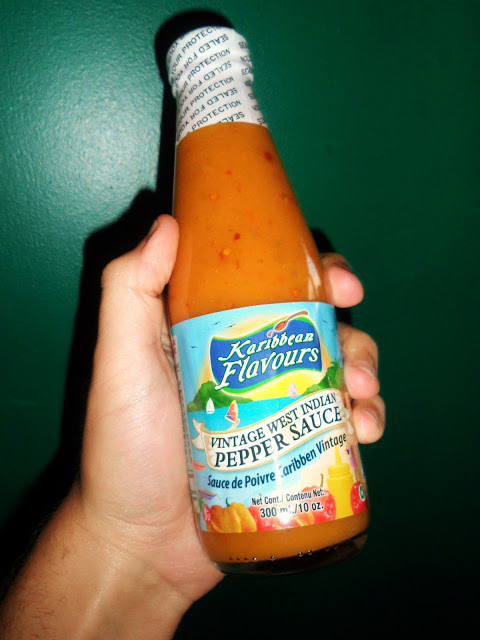 That's it! This was such a great meal that I could have fed 4-5 people with, but instead I ended up with lots of leftovers. I put my own spin on a Trinidadian inspired meal as an ode to my visit to the islands. The skin on the chicken was crispy and well seasoned. The meat was juicy and flavourful. The rice, split peas and amaranth were hearty and satisfying. The vegetables were sweet, sour, wholesome and added colour to the plate. I hope this has inspired you to try something like it with your own spin. Enjoy!