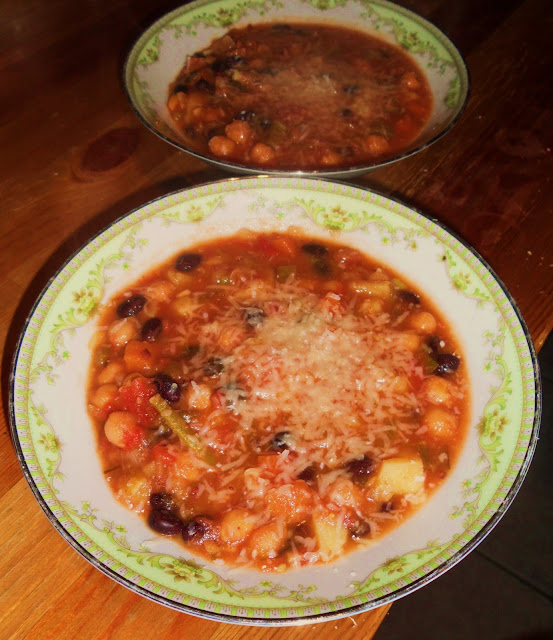 My buddy Elvis and I have been making a lot of soups lately. Although it's been unusually warm in the passed few days here in Toronto, we decided to make another soup last night. He suggested that we make Minestrone. Minestrone is a hearty soup served usually with seasonal vegetables and either rice or pasta. It's simple yet satisfying. I thought it might make for a good blog post.

Since this was his idea, we did it his way more or less. There was some compromise, but I do have a few respectful critiques. For example, he insisted that we sautée the vegetables in a wok and then add to a separate pot of boiling broth. I don't see any reason why you couldn't do it all in one pot and add the broth to the vegetables. That way all of the flavours begin in one place and there's less to clean up afterwards. I think his reasoning was to let the potatoes get a head start in the boiling liquid first, which I'll admit does make sense. If I were to do this again on my own, I would just add the potatoes to the sautée and use them is an indicator to when the soup is done. If you decide to make this, do as you prefer. We only used 1/2 cup of pasta shells but I would recommend using twice that much (just my personal taste). We also intended to get zucchini and some fresh basil for the end but we couldn't get our hands on any. They would have been great. Elvis originally suggested kidney beans. I'm not the biggest kidney bean fan so we agreed on black beans instead. We used finely chopped rashers of bacon and chicken broth, but you could very easily make this vegetarian by omitting the bacon and using vegetable broth instead. 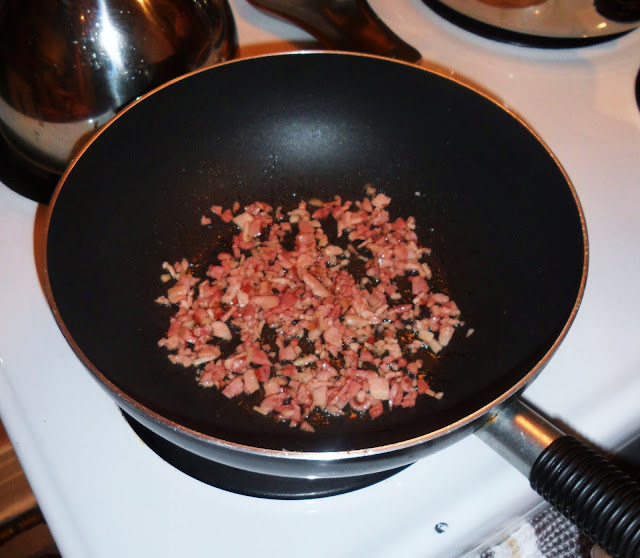 Start by frying the bacon in about a tsp of olive oil (which may not sound like enough but fat will also render out of the bacon) over medium heat. After about six minutes, add the onion. After a few minutes, the onion will sweat and begin to look translucent. Then you can add the garlic. After a couple of minutes, add the celery and carrot. I would add the potatoes at this point, but as stated earlier, you could start them in a separate pot of boiling broth to give them a head start. After 3-4 minutes you can add the leek and then sautée until everything is soft and smells amazing. 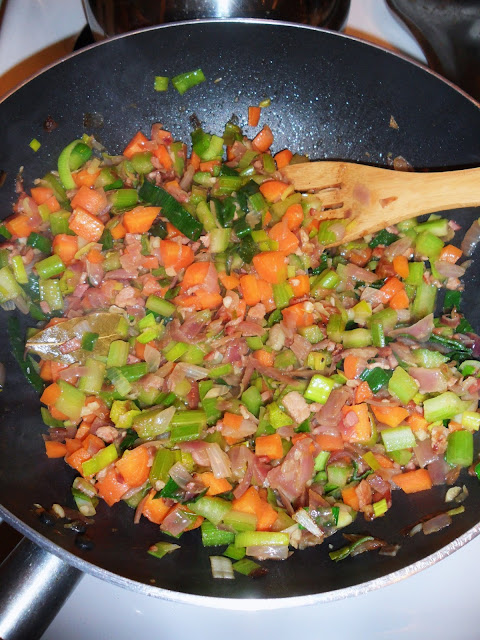 I removed the tomatoes from the can and gave them a rough chop. They can go in at this point. This is also the time to season with salt, pepper and a dash of cayenne. If you are using one big pot, just dump the tomatoes and the liquid in. Since we had our vegetables and our liquid separate, I added the tomatoes to the sautée and the liquid to the broth. The broth and potatoes were in a separate pot. We brought that to a boil about halfway through the sautéeing process. You also want to add water as there will not be quite enough liquid (unless you want a really thick stew). 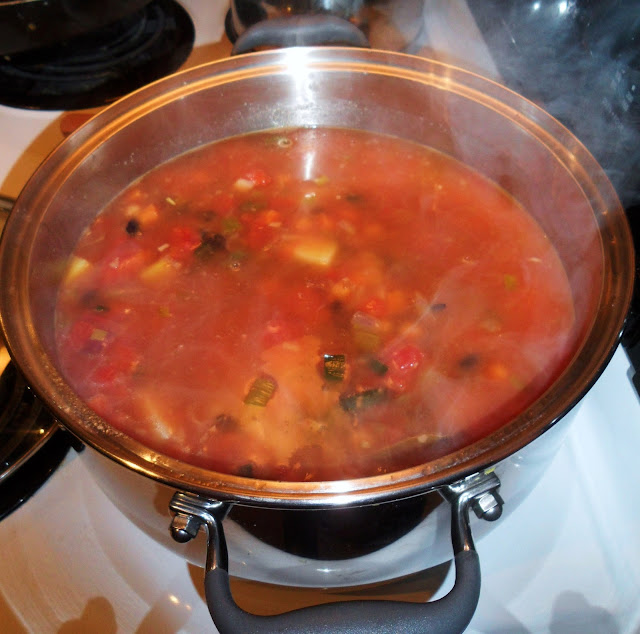 Bring the soup up to a low boil for about 30 minutes while stirring occasionally. Any fat and impurities will come up to the surface in the form of a foam. Be sure to skim that off as required. 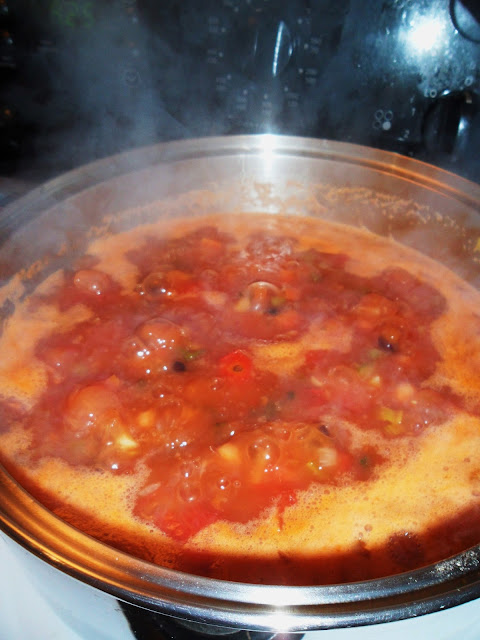 Then you can add the pasta and the green beans. Give the soup a good stir and let that cook for an additional twenty minutes or until the pasta and potatoes are soft. 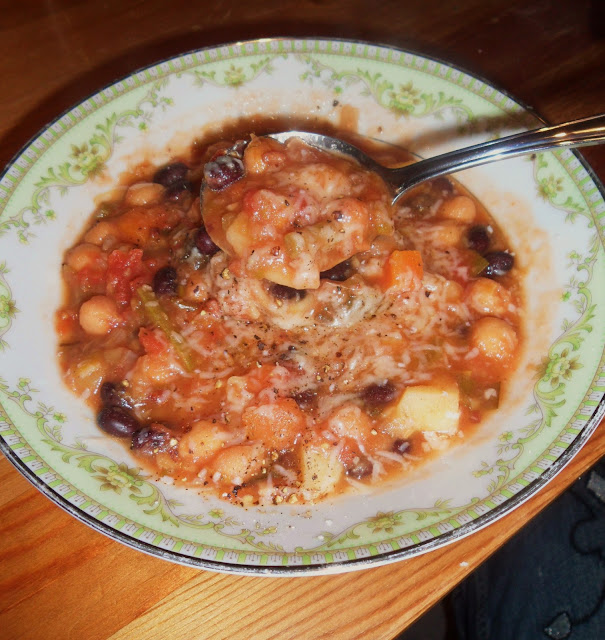 Serve your soup with a fresh grating of Parmigiano Reggiano over the bowl. A couple leaves of fresh basil would make a perfect garnish. Like pretty much all soups, the flavours will get even better over time. I recommend making enough for leftovers. The soup is incredible the following day.

I hope you give this a try. Hearty soups make for a great healthy meal, or an exquisite appetizer if served in a small bowl or cup. If you have any questions, leave a comment below and I will respond. I'd also love to hear about how your minestrone turns out and what you changed in the recipe to make it your own,